Take Grenadine Beyond The Shirley Temple

I know what you’re thinking.

It’s Wednesday. It’s the middle of winter. And boy could we use a glass of wine later tonight.

Nothing too fancy, and not too pricey either. But with character and maybe a little flair to light up this Super Blue Blood Moon day. Extra points if it has a cool narrative to steer us into a chill evening.

Maybe. But it ended up not to be, as we settled into tasting through a series of wines from Portugal.

The group gathered to participate in our regular Wednesday Night Wine series, which highlights the responses of enthusiastic wine consumers to a particular theme. Over time we’ve explored everything from Prosecco to Petite Sirah, from Sauvignon Blanc to sparkling wine from Brazil. The idea is more to sample than to taste comprehensively or exhaustively; indeed, for this tasting we tasted none of the Port or Madeira wines that are so iconic of Portugal. The focus instead is on everyday consumers and the wines they’re likely to reach for on an “everyday weeknight.”

Here were five of our favorites. 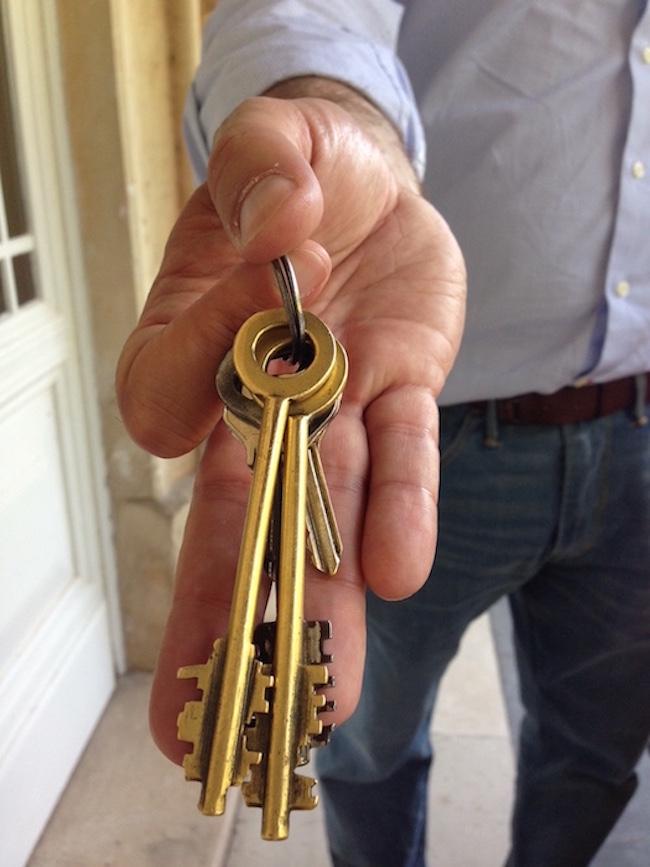 Keys to the kingdom? Yes, when your kingdom is a cellar full of Portuguese wine, perfect for Wednesday night. Photo taken at the Palace Hotel do Bussaco in Luso, Portugal.

The group tastings notes for this wine were my favorite of the night: “It’s the wine I want to open at the end of the day.” And, “This isn’t a noisy wine. It’s fresh, calm, and interesting.” And, “Like green apples, but without the bite.” Made from Fernão Pires, Moscatel and Arinto grapes, this white blend from Portugal’s Setúbal Peninsula, in the southwest of the country, wakes up the palate with intense, fruity aromas and its finish lingers, without too much acidity in between.

As we shifted over to red wines, we found a warm welcome in the Alentejo region to the east of Lisbon. Not “warm” in terms of alcohol, but “warm” in terms of welcome-home, aromatic red fruit on the nose and a fresh, inviting palate. It was here, with this red blend, that we started to talk about bridging what’s mostly familiar to us in the U.S. (Cabernet Sauvignon in this case) with what’s unusual from Portugal (Aragonez, Trincadeira). Tasters felt this wine wouldn’t compete with the food at dinner, partly because it was a little short on the finish, but it was a welcome addition to the table nonetheless.

This wine “took a hard right” on the finish, turning it into something very different than the previous red blend. Fuller, with more spice and fruit. Better with cheese than chocolate. This blend of Aragonez (or Tempranillo) and Alicante Bouschet, so characteristic for Alentejo, sent us adrift into purely Portuguese waters: pleasantly robust and luscious but easy on the tannins.

With this wine we veered into the Douro, and we veered into decidedly more assertive flavors and texture. Though the region of Douro, in the northern part of the country, is the home of fortified Port wines, it also makes very good still wines from five predominant grapes (out of the 80 or so that are possible): Touriga Nacional, Touriga Franca, Tinta Barroca, Tinto Cao and Tinta Roriz. This particular wine elicited the most specific tasting notes of the evening — including dark cherry, black currant, dark chocolate and pepper — as well as specific food suggestions to go along with it, such as duck and well-marbled ribeye steak.

For all of the food-friendly commentary of the previous wine, this Touriga Nacional stood out for its drinking-alone appeal. Several tasters said they would drink it by itself, aside from a meal, and for many it was the favorite of the night. There seemed to be a concession and an allowance about this wine that they particularly enjoyed: unique and identifiable notes of plum and cloves “mellow out” at the finish, while the body had enough structure to hold together nicely but wasn’t overpowering.