Smelly rubbish bin-itis is breaking out across the country as hot weather helps bacteria multiply at warp speed.

Bins that would take weeks to get whiffy in winter are now only taking days and hours.

Inside the house, a smelly bin is a slap in the face for how clean you keep things and a no-go around food. 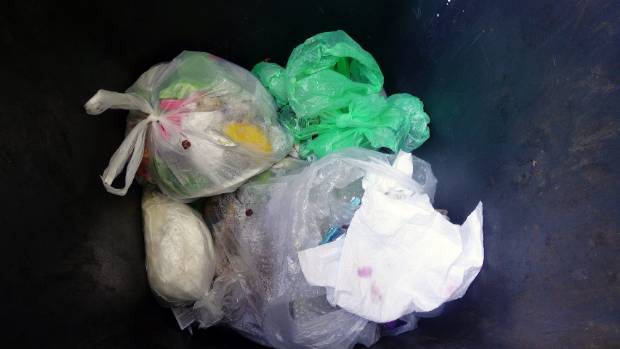 How many days could these bags bake in the wheelie bin? Try some baking soda.

Outside the house, a smelly bin is often one of the most common flashpoints between feuding neighbours.

The smells come because organic matter – especially food scraps, juices, meat, bones, fish carcasses – break down faster when it’s hot. They attract flies which lay eggs. In just a day, you can have a bin wriggling with maggots. 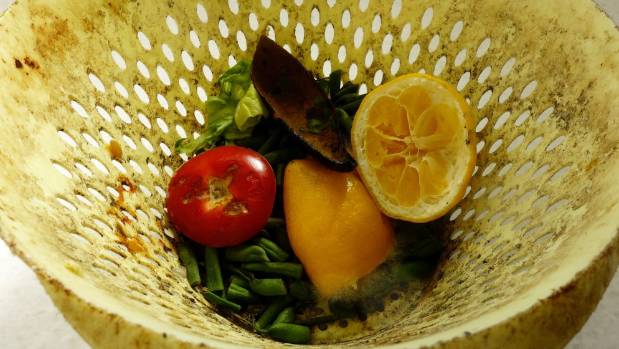 Food scraps go off fast, even those destined for the compost.

Lady Butterfly Cleaning owner Mela Link, of Christchurch, says in this kind of heat, people need to pay much more attention to their rubbish bins.

“You need to empty the inside bins as often as you can. You have to wash them. Me, I add in the water lemon citrus skin, or just a little bit of vinegar into the water.”

This helps remove the smells. 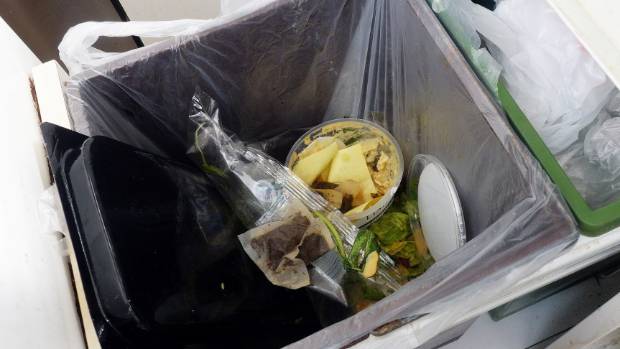 These are glory days for bacteria on your food scraps.

She said the big wheelie bins also needed washing, but one way to help keep them in good shape was to line them with large biodegradable bags.

A most obvious tip that many forget is to keep all bin lids shut as much as possible to keep out flies and contain smells.

Link said she had friends who froze meat and fish scraps until rubbish collection day, but that depended on having the space in the freezer. 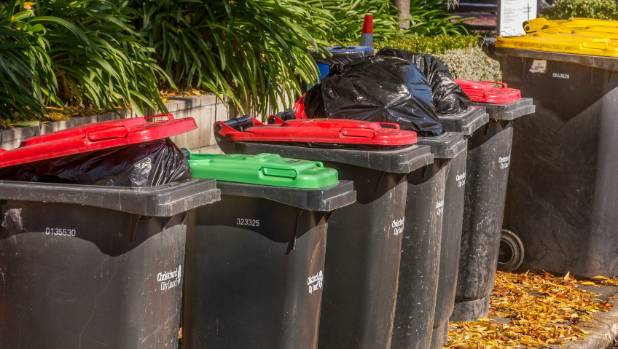 This helped keep the bin cooler and drier. He said grass clippings left in a bin for a few days could benefit from a poke with a garden fork to help the air flow.

Trotter said timing things like lawn mowing around the weather and organic collections made a big difference.

Auckland Council resource recovery manager George Fietje said Aucklanders sent at least 90,000 tonnes of food and garden waste to the landfill, so smelly bins were likely to be a problem for a number of people.

The council encouraged people to use methods like composting, worm farm or using a bokashi fermentation bucket to cut down on the amount of organic waste. It also funded a Compost Collective, which gave free courses and advice.

“Of course, some food waste is unavoidable for most people. With the hot weather, a good option is putting food waste in the freezer so that it doesn’t start to smell in the heat,” Fietje said.

* Maggots in a bin after the rubbish has been removed can be killed by pouring hot water on them. Clean the bin with bleach to kill any remaining eggs.

* Rinse food packaging before putting in the bin .

* Try lining the bottom of a bin with newspaper and change it regularly.

* Sprinkle baking soda over the bottom of the bin. It soaks up odours wonderfully. Other great odour removers are coffee grounds and slices of lemon.

* Clean the bin with bleach occasionally to kill residual bacteria.